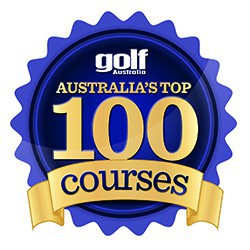 The Brisbane Golf Club has improved its ranking in Golf Australia’s list of this country’s finest golf courses.

The list which is published in the January 2018 edition of the magazine has The Brisbane Golf Club ranked at 92, an improvement of three spots from its ranking of 95 in January 2016.

The following comments were made about The Brisbane Golf Club:

“The conversion of all the putting surfaces to Champion Ultra Dwarf – the first Australian course to do so – has done wonders for this layout.” – Lucas Andrews.

“The relatively new ‘Champion’ greens are a delight to putt on and are only getting better.” – Peter Martin.

“Not a tough course but enjoyable for golfers of all abilities. If you possess a good short hame you’ll love this layout.” – Brendan James.

This is Golf Australia’s fourth Top 100 Courses list after publishing the best 20 courses in Australia back in 1989.

In the years since that inaugural ranking exercise there has been plenty of change to the lists, the Australian golden landscape and the process by which the best courses are ranked. One thing that hasn’t changed though is the course sitting atop the tree at No. 1, again in 2018. That layout is Royal Melbourne’s West Course.

The list has been compiled by a panel of 25 judges with each working through their thoughts on design (60 percent of their working guidelines), condition (20 percent) and visual appeal (20 percent). Their scores are then tallied and the average score across the voting judges is attributed to each course.

Nearly 170 courses received votes from the judges and the list is the culmination of two year’s work to comb the country and come up with Australia’s Top 100 Courses.

The complete Top 10 is as follows: