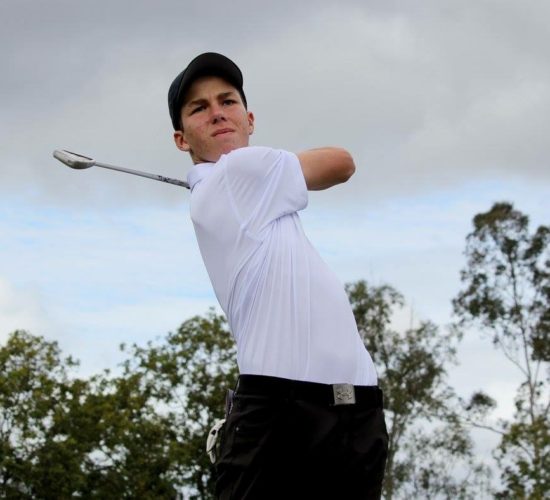 The Brisbane Golf Club has won their first round match of the 2016 Pennants season defeating Indooroopilly Golf Club 14 to 7 on Sunday.

The home victory has provided the team with a great start in their quest to win a Division 2 Pennant after being promoted from Division 3 last year.

Click here to see the Photo Album from Round 1 of the 2016 Pennants Season.

Our juniors, with four debutants, played well to secure a 3.5 to 1.5 win. There were a number of highlights from these matches including Hayden Millen winning seven holes in a row after being 2 down to win 5 & 4; Matthew Van Eden making an eagle on Hole 6 from 117 metres to kick start his win; and Zack Haplin coming from 3 down to win 1 up with a birdie on the last. Whilst Adam Sriwanichpoom battled his nerves to square his match and Sam Slater was just narrowly defeated by a tough number 1 opponent from IGC.

The Open’s team produced 6.5 points from a possible 11 to also secure a win. IGC has some wonderful players and were strong across the board but in the end our guys were outstanding. David Padayachee led the way with a 6 & 5 victory and other winners were Jordan Lett (6 & 5), Scott Bretherton (6 & 4), Simon Dougan Jones (3 & 2), Lewis Clelland (5 & 4) and Cameron Powell (2 & 1). Whilst former Junior Club Champion, Luke Kjeldal came from 3 down to square his match on the last hole.

Our Masters have won the Club Pennant for their division the last two years in a row and would love to record a three-peat. Their 4 to 1 win was again impressive with wins to Gary Brodie (5 & 3), Warwick Oxenford (1 up), Stephen Deane (7 & 6) and Brett Kinninmont (3 & 1).

The second round of the 2016 Pennants Season will again see BGC at home but this time to Redcliffe Golf Club. This is again expected to a tough match and all Members are encouraged to come out from 7am to support their team.

The team selections will be finalised early this week.