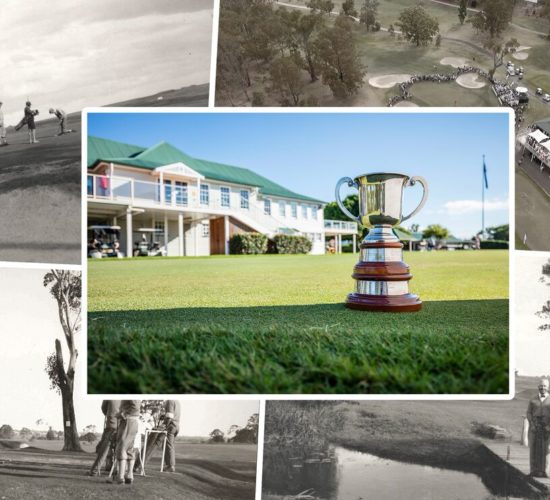 When the field in the 2017 Isuzu Queensland Open tees off on the morning of Thursday October 26 at The Brisbane Golf, it will be a record 20th time the Yeerongpilly course has hosted the prestigious tournament.

This year’s Open will be the 93rd staging of the event, which was originally named the Open and Amateur Championship Meeting of Queensland when it was first held – at The Brisbane Golf Club – in 1925. At 121 years young, Brisbane is the third-oldest golf club in Queensland behind Townsville and Toowoomba.

Royal Queensland, which alternated with Brisbane in hosting the Open between 1925 until the outbreak of World War II, has been the next most prolific venue for tournament, with 16 events staged there.

However in 1960 that rotation system involving BGC and RQ, which had been in existence since 1928, ended and the event has since been hosted by numerous clubs in south-east Queensland and even moved to northern NSW in the 1980s, staged at Coolangatta-Tweed Heads Golf Club for three successive years.

Since 1950 The Brisbane Golf Club has been host of the Queensland Open seven more times, the most recent last year when it returned after an absence of 25 years.

But despite the 92-year difference between the first Open at Brisbane and the event this year, club historian Bruce Richter says much of the course layout has remained the same.

“Since 1925 possibly the major change has been the re-routing of the creeks within the course itself. And during World War III, when the Army took over part of the clubhouse and also housed soldiers in tents on the course, some land on our Fairfield Road boundary was resumed to aid troop movement.”
The other key change to the layout was in 2000 when what was a public-use nine-hole course on the western perimeter of the property was redeveloped, and the course converted to 21 holes.

And then two years ago a major redevelopment was the installation of Ultra Dwarf Bermuda Champion greens. The new strain of grass on the BGC comes under the well-known US Champion Turf Farms umbrella, with more than 700 courses in America growing their product, including Pinehurst, the venue for the 2014 US Open.

The greens offer a smoother, faster and more consistent ball roll and were recently lauded by Richard Backwell, winner of the Legends Tour ProAm at the club. After his victory he described the putting surface as ‘genuine championship greens’.

Backwell won with a par round, the highlight being his 29 putts. And he was in raptures over the trueness of the Champion greens.

“They are very, very true. When I picked a right line and hit it on that line, the ball stayed there,” he said.

“Yes, the greens at Brisbane are fast, and yes they are firm. But they are also very true.”

Mr Richter, who has been a member of the club since 1972 and a committeeman from 1978 to 1990, said the current condition of the course was as good as he had ever seen it.

“When I was on the committee I would always tell the greens staff that the condition of the course rated 7 from 10, because I wanted them to believe there was always room for improvement,” he said.

“But I must say that it is now 9/10, and no doubt will be close to perfect condition when the Open kicks off in October.“

However, despite his love for golf, his passion for the history of Brisbane Golf and his expectations on the condition of golf courses, Bruce has a simple theory when it comes to their upkeep.

“We must always be mindful that golf courses are merely holes in the ground into which we pour money,” he jested.