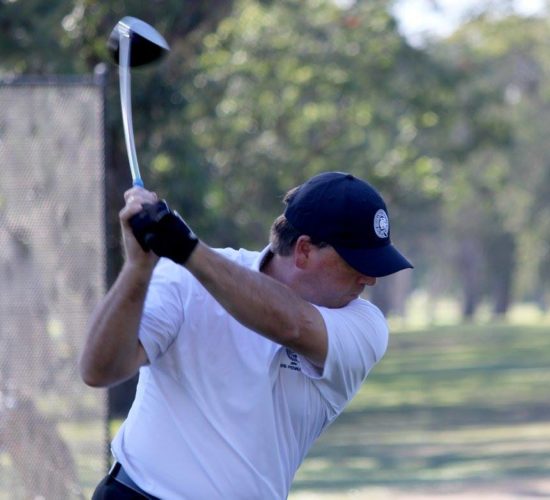 With just one round remaining in the 2016 Pennant Season, The Brisbane Golf Club’s dream of being promoted to Division One is still alive.

Click here to see the photo album from round five of the 2016 Pennant Season.

A win next week away against Redcliffe Golf Club will see BGC win the Division Two pennant for only the third time in 32 years.

Wins away from home have eluded all four teams so far this year and the 10 matches won by BGC against Wynnum Golf Club in round five is the most matches any team has won away in 2016. It was almost as good as a win and a fine team effort.

Matthew Van Eden started the day for BGC in style sinking a 30-foot birdie putt on his first hole and ironically securing the first point of the day, and winning his match 3&2, with another 30 foot birdie putt on the sixteenth. With Louis Dobbelaar (2&1) and Adam Sriwanichpoom (1up) also winning their matches and Bailey Ittensohn squaring his, the Juniors won 3.5 to 1.5 overall. Another strong performance by the Juniors next week will see them well placed to win the Juniors Trophy. They currently lead Indooroopilly Golf Club 16.5 to 14.

Wynnum Golf Club have been exceptionally strong in the Opens all year and were again at home winning 7.5-3.5. Wins were recorded for BGC by Cameron Powell (3&2), Lawry Flynn (4&3) and Scott Bretherton (3&2) whilst David Padayachee squared his match.

Our Masters again were solid winning 3-2. Player of the week, Warwick Oxenford led the way with a 6&5 victory. Stephen Deane also won his match winning 3&2 whilst Nick Woodley was super-impressive in his first match this year winning 4&3. After five rounds the Masters remain undefeated with a total of 20 matches and have wrapped up the Masters Trophy. This is the third year in a row BGC has won the Masters Trophy. Well done to Gary, Warwick, Stephen, Brett, Rob and Nick.

Once again we wish the team all the best for their next match away against Redcliffe Golf Club on Sunday, 21 August 2016. Tee off is is 7am and Members are welcome to travel down and provide their support. Alternatively Members can add a comment here to show their support.

Team selections will be finalised early during the week.