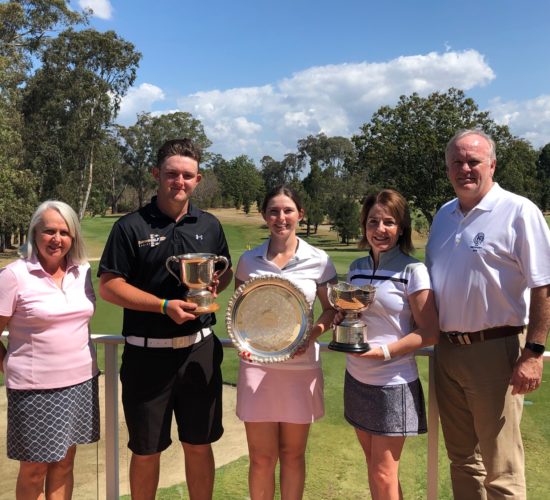 The winners of the Club’s prestigious Yeerongpilly Cup and Brisbane Cup were determined on the weekend.

William Florimo from Gailes Golf Club shot an impressive 6 under 66 to win by five shots in the Yeerongpilly Cup while Erica Vedelago shot a nett 70 to win by two shots in the Brisbane Cup.

Florimo made a total of 7 birdies with his only blemish being a bogey on the fifth. The win has capped a successful period for Florimo who has recorded seven top 10 finished in events around Australia in the past 12 months. His best finish was a second at the Sydney Amateur Invitational and a T3 at the Keperra Bowl. Florimo plays off a handicap of +4.

For Erica, a BGC Member, it was her first Brisbane Cup win and a wonderful performance to play two better than her handicap. A field of 27 ladies competed for the trophy.

The Yeerongpilly Cup was first played in 1927 as a competition for amateurs and professionals as the traditional pipe opener to the Queensland Open. In 1978 the Cup became an open event for amateurs only. One of the most famous winners was Norman Von Nida who was successful in 1940 and 1959.

The Brisbane Cup was introduced in 1970 and is also an open event.

The winner of the Brisbane Salver for ladies was Emily Byrne who shot 77 to record the best gross score of the day.