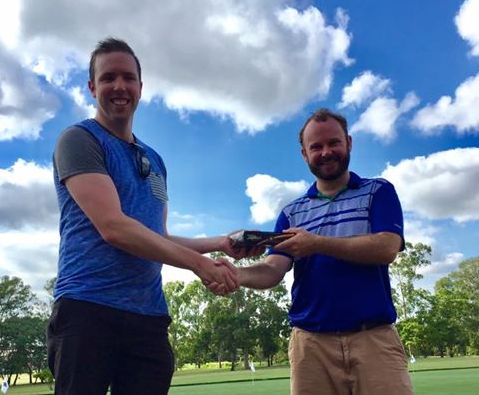 Lewis Clelland is a member of The Brisbane Golf Club’s Division 1 Pennants team, and plays off a handicap of three.

And while this is very impressive, it is his performance off the course which has made him an integral part of the BGC organisation – so much in fact, that he has been invited to sit on the Member Services’ Sub-Committee.

Lewis is a transitional member of The Brisbane Golf Club. Transition membership is designed to make entrance fees and subscription fees affordable during the period where those golfers aged between 18 and 35 are building their professions and careers.

New members aged between18-20 receive an 80% discount off their entrance fee and annual subscription, and those in the 33-35 age group receive a 25% discount. And the incentive has proved extremely successful, with BGC having more than 200 transition members.

BGC General Manager, Geoff Kuehner, said transition members were very important to the club and would obviously play a vital role in its future, and development.

“That is why we asked Lewis to come on board in an advisory role,” he said.

“Those 200-plus members need a voice. We want to hear their opinions and their expectations because they represent our future.”

Lewis Clelland, a financial planner who co-owns Corso Private Wealth in Brisbane, has been a member of The Brisbane Golf Club for almost a decade, and was recently invited to sit on the Member Services’ Sub-Committee, a first-time appointment for a transition member.

He is the unofficial president of the transition members and will be guiding the committee and club management on all areas relating his particular membership category.

“The appointment is certainly a breakthrough of kind at BGC and I am proud, and thankful, the invitation was made to me,” he said.

Lewis said, however, that he had been extremely encouraged by how open to change his fellow sub-committee associates were, and their eagerness to listen to the voice of the younger members was reassuring.

“And let’s face it, without young members today we don’t have members of tomorrow,” he said.

Already the club has introduced a nine-hole competition for transition members on the third Friday of each month, with a 6am tee time. The $15 fee includes competition fee, a breakfast burger and coffee, and members can reasonably expect to be at work by 9 am.

“Specific social nights and functions aimed at transition members are also on the agenda,” said Lewis.

“Networking too, is deemed to be very important. Often there is no better platform to start a business relationship than a round of golf or a social function.”

Lewis, and The Brisbane Golf Club, have urged transition members to contact him with feedback or issues they would like to discuss. His contact details are: 0407 175 645 or lewis@corsoprivatewealth.com.au.