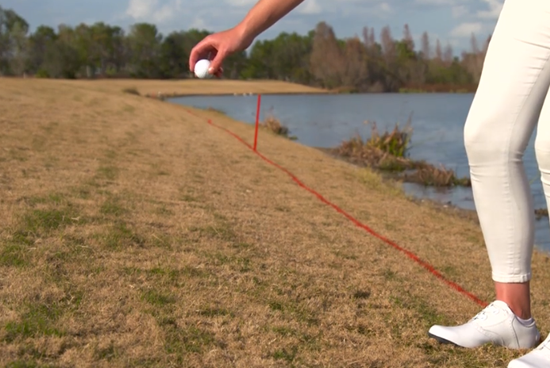 The new rules of golf are less than 24 hours away, and all golfers are encouraged to read up on the changes before they begin their 2019 golfing journeys. The R&A and the USGA, who administer the rules worldwide, announced the changes in March 2018 after a consultation process that dates to 2012.

The new rules come into force on 1 January  2019 and include a raft of changes meant to modernise the rules and speed up the pace of play.

Some of the most significant alterations include:

1.There is no penalty if you accidentally move your ball on the green, or move your marker. A player may just replace it where it was previously, and play on. Player can also fix anything on the green, including spike marks.

2. You can ground your club in a hazard (provided you don’t use it to improve your position for the stroke). You can also move loose impediments without penalty.

3. If you fear your ball is lost, you have three minutes to find it (rather than the previous five minutes) before you must declare it lost.

4. If you take a drop, either with a penalty or without, it is done from the knee, rather than the shoulder.

5. An accidental double hit is not penalised.

6. You can putt with the flagstick in and there is no penalty if the ball strikes it.

7. The transition from the term “water hazards” to the expanded term of “penalty areas”.

8. Players will have an extra option allowing relief outside the bunker using the back-on-the-line procedure, but for a total of two penalty strokes.

In addition to these changes, The Brisbane Golf Club will take up a local rule which states that a player who hits a ball out of bounds can drop between the position it appears to have come to rest and the edge of the fairway (but no nearer the hole) on a penalty of two shots. Additionally, in stroke play, a player who does not complete a hole (often referred to informally as “picking up”) will not be disqualified, but simply gets the maximum score for the hole, which shall be five over par

Members can read our updated local rules by clicking here. These will also be displayed on the noticeboard outside of the Golf Shop.

There are numerous resources available for golfers to learn the new rules.

Members can collect a new Players Edition of the Rules of Golf this year from the Golf Shop. This is an abridged, user-friendly set of the Rules with shorter sentences, commonly used phrases, and diagrams. It’s written in the “second person,” and is intended to be the primary publication for golfers.

A range of helpful resources to assist Members with the transition can be found by clicking on the links below.

Our staff in the Golf Shop are also available to assist you with your questions.