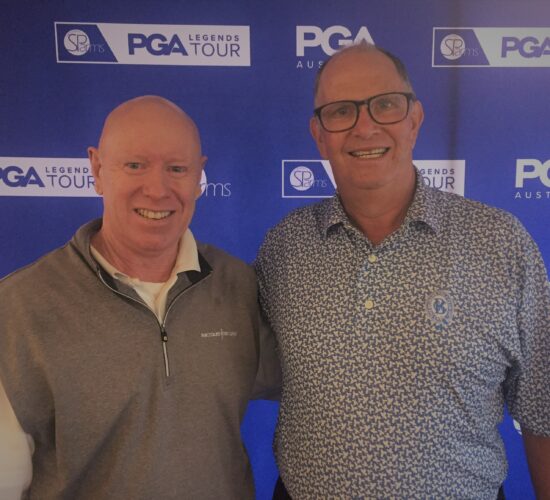 Queensland golfer, Terry Price won the Legends Pro-Am played at The Brisbane Golf Club yesterday. The 60 year old shot a four under par round of 67 is perfect Spring conditions.

The five time winner on PGA Tour of Australasia made three birdies and an eagle, with just one bogey, to win by one shot over Adam Le Vesconte, the former European Tour player.

This is Price’s third victory at The Brisbane Golf Club after he won the Yeerongpilly Cup in 2001 and 2010.

“I really like the layout here and playing the traditional hole rotation today certainly brought back some good memories” said Price.

“The PGA Professionals on the Legends Tour are every grateful for club’s staging Pro-Ams in the current environment though with the events being played this week all having been rescheduled from last month, we are even more appreciative for the efforts of those responsible.”

Adam Le Vesconte is still chasing his illusive first victory on the PGA Legends Tour and after today’s runner up finish, it makes seven top 10 finishes in 11 starts this year.

Five players in the field of 40 broke par. Click here to see the final leaderboard.

The next stop on the SParms PGA Legends Tour is Riverlakes Golf Club on Wednesday, 14 September 2021.