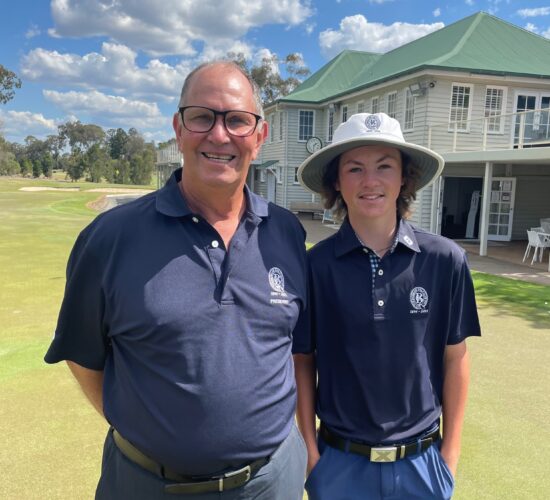 But Billy’s new Brisbane base away from his Gold Coast home will also present him the chance to regularly test himself against some of BGCs outstanding juniors, who include Chris Somerfield (handicap plus 2), Campbell Kerr (plus 1) and Justin McCormack and Chase Oberon (both scratch). He will, however, retain his membership at Surfers Paradise GC, where he is reigning Champion, and also at Royal Pines, his current coaching base.

Queensland’s 2021 Junior Champion, Billy stunned the field in the Queensland Open at Pelican Waters in March when – at 15 years of age – he shot 72-73 in the first two rounds and missed the cut by a single stroke.

Since he was five years old, Billy has been coached on the Gold Coast by Canadian-born Nancy Harvey, a former US LPGA Tour member for a remarkable two decades. And she tips big things for her protégé.

“Firstly, we are so grateful to The Brisbane Golf Club for extending the opportunity to Billy to become a member of such a highly-rated and prestigious club,” said Nancy.

“He is very excited and is looking forward to the challenge of testing himself against the high-quality golfers at the club, and mastering the tough layout.”

Nancy feels ‘very lucky’ to have such a talented player under her tutelage, and says fate played a major hand in their initial association.

“Billy had won a voucher to have a half-hour lesson when I was coaching at Emerald Lakes Golf Club, and as he and his dad came into the Pro Shop I happened to be in the right place at the right time,” she recalled.

“Once this little boy – he was just five – started to hit the ball I immediately knew he was special. I took him under my wing and we have established a genuine kinship.”

At 16 and in Grade 11 at Helensvale State High – the alma mater of US Open tennis champion Sam Stosur and Olympic gold-medal hurdler Sally Pearson – Billy has already established a very impressive golfing CV.

As well as the 2021 Queensland Junior Championship, which he won at Bargara Golf Club by nine shots after shooting 20 under par, Billy has been Surfers Paradise Club Champion for the past two years. And on his new course earlier this month he won the Yeerongpilly Cup, shooting an impressive six under 66.

While his coach admires every part of Billy’s game and describes the youngster as ‘the complete player’, Nancy says his real strengths are his mental approach and his short game.

“In one so young, Billy’s short game is second to none,” she revealed.

BGC President, Mark Deuble, said the club was both thrilled and proud to welcome Billy as a member.

“Obviously anyone with a handicap of plus five is an asset to any golf club, but to have someone so young and so talented to happily become a member of BGC, is something very special,” he said.

“I have no doubt our members will be excited to see Billy playing our course, and representing our club in the Division One Pennant team.” – TONY DURKIN