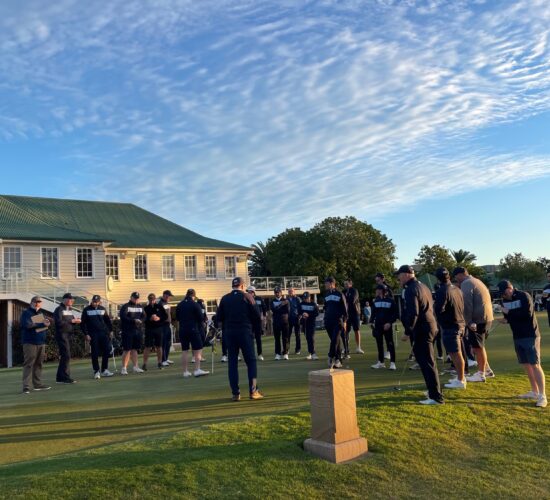 The tradition of close matches against Keperra Country Golf Club continued last Sunday with the away team defeating The Brisbane Golf Club 11-10 in Round 1 of the 2021 Division 1 BDGA pennant season.

The Opens led by current Club Champion, Sam Slater did a wonderful job at home securing 6.5 points out a possible 11 points. Sam, Conor Whitelock, Illija Soldan, Justin Wells, Lewis Clelland and Eugene Estella all won while Ben Stieler squared his match. In the Masters, Stephen Deane won his match as did Chris Somerfield and Campbell Kerr in the Juniors. Harvey Palmer squared his match.

Special mention goes to both Justin Wells and Chris Somerfield who both won on debut.

The day could have easily gone the other way with several close finishes down the stretch, however, Keperra fought hard and showed the class which has seen them become regulars in Division 1 for a number of years.

In Round 2 this Sunday, BGC will play Redcliffe Golf Club who are the current tile holders in Division 1. They are coming off a 14.5-6.5 win in Round 1 against Pacific Golf Club.

The team for Round 2 is as follows:

In the other match this Sunday, Keperra Country Golf Club will play Pacific Golf Club at Keperra.

We once again encourage as many Members as possible to come out and catch the live action from 7am off both tees.

Live score updates will be available via our Facebook page.

Members can also keep up to date with the latest Pennants’ news by clicking on the following link: https://www.brisbanegolfclub.com.au/pennants/