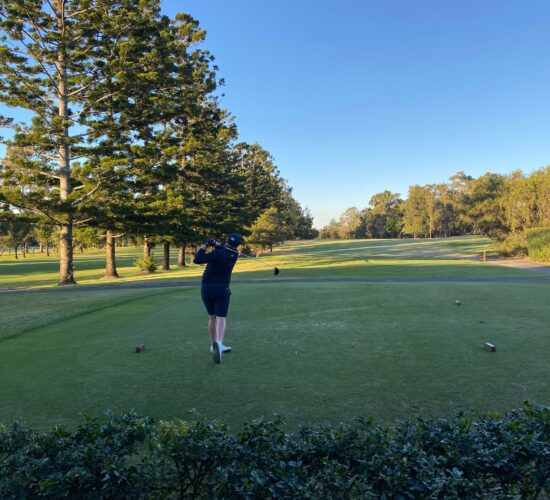 The Brisbane Golf Club put the disappointment of last week’s first round lost at home in Division 1 BDGA Pennants well behind them when they defeated current title holders, Redcliffe Golf Club 14-7 on Sunday.

While the loss against Keperra Golf Club was by the smallest possible margin it was definitely the inspiration behind a much-improved performance seven days later. All three divisions including Opens, Masters and Juniors contributed to the strong result.

The Opens secured seven points to set up the win and it was pleasing to see two former number one Juniors playing each against other as number ones in the Opens in Sam Slater and Tyler Duncan. While Sam at home was too strong winning 4&3 the return match in a couple of week’s time will again be much anticipated. Other winners included Wade Edwards, Sam Howse, Conor Whitelock, Ben Steiler, Luke Kjeldal and Tom Deane with Illija Soldan squaring his match.

The Masters secured a very important 2.5 points with Ash Sturmer and Craig James winning 2&1 and 3&2 respectively. Stephen Deane, playing at number one, squared his match.

The Juniors result was also very pleasing with 4 out of 5 points secured by the team led by Chris Somerfield. Congratulations to Chris, Campbell Kerr, Harvey Palmer and Demos Drakos who recorded wins. Both Harvey and Demo recorded big wins of 7&6 and 7&5 respectively. Eric playing at number 4 at just 12 years of age played very well but in a close match lost 1 down.

BGC will play Pacific Golf Club this Sunday. Pacific were promoted to Division 1 after previously winning Division 2 and they will be looking to secure their first win of the season after playing away in Rounds 1 and 2.

The team for Round 3 is as follows:

Members are welcome to travel to Pacific Golf Club to offer their support.

Live score updates will be available via our Facebook page.

Members can also keep up to date with the latest Pennants’ news by clicking on the following link: https://www.brisbanegolfclub.com.au/pennants/