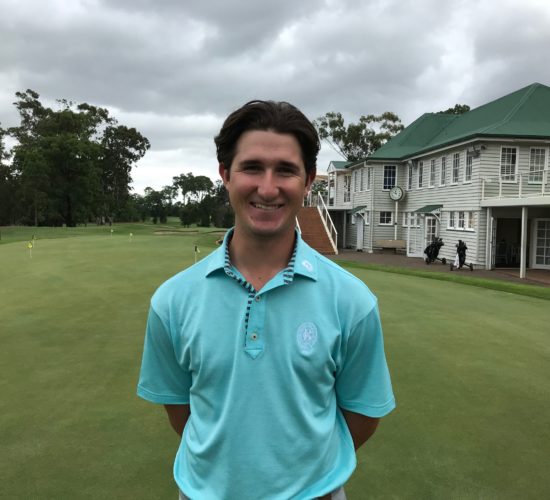 Twenty-one-year-old Tyla Vinter has joined the staff of The Brisbane Golf Club as a second-year Trainee Professional.

Tyla, who started work with the club on New Year’s Day, replaces Asha Hargreaves who graduated as the No.1 third-year trainee from the PGA of Australia Academy Program at the end of 2019. Asha has since joined the impressive group of PGA Teaching Professionals at TBGC, headed by Director of Golf, Joe Janison.

or Tyla, who describes himself as a ‘very committed, career-driven individual’, aspires to eventually become a Tour Professional and hopes his traineeship will enable him to learn more about the industry and at the same time continue to improve his golf.

Currently playing off a GA handicap of 0.7, the former North Lakes Club Champion says gaining relevant experience in the business side of golf was one of his major goals.

In 2017 he graduated from the PGA of Australia International Golf Institute with a Diploma of Golf Management after earlier graduating from Brisbane’s Mount Maria College with Certificate III in Business, Sport and Recreation. Because of these qualifications and his previous experience, Tyla has advanced directly to a second-year Trainee Professional.

Director of Golf, Joe Janison, said Tyla struck a chord with him from the moment he read his CV.

“The position was not advertised, but we did make it known in the industry that we were looking for someone,” he said.

“Tyla applied, presented very well at the interview and impressed in most key areas. He is an honest young man, gives the impression he will learn very quickly and has a strong game.

Tyla was a relatively late starter in golf, not taking up the sport until he was 13. Previously he had played AFL, a sport in which he also excelled.

“I was immediately obsessed with golf and found my passion really grow when I became a member at North Lakes,” he said.

“Then, in the latter part of high school I started to think about golf being my career path. It was an industry in which I really wanted to be involved. Joining The Brisbane Golf Club is a dream come true and I am so grateful for this opportunity.”

While Tyla may be a Trainee at TBGC, he is no rookie when it comes to customer service. While at school he had work experience at Victoria Park Golf Club and for three months last year was employed part time at Drummond Golf.

“But I know I still have so much to learn, and I could not think of anywhere that will give me a better grounding in all aspects of the sport I love,” he said. – TONY DURKIN